First, isn't our pediatrician a little hottie? She has three grown kids. I hope I can look half as good as her when I'm her age.
Now, the point of this post. I've debated whether or not I would talk about his nine month appointment for the last two weeks. For the most part, everything was great. His growth is perfect and he's developing exactly the way he should. When Cruze was about two weeks old we noticed something diferent with his eyes. It was slight but started to get more noticable. His eyelids were drooping. Most times one eye was worst than the other to the point of blocking his vision. We didn't know what was wrong. His Doctor thought it was an eye infection but after treating it, nothing improved.
Phillip and I had a hard time with this. When you bring your baby home, everything seems to worry you. You don't want your baby to hurt in any way. We were beginning to think it was a serious condition or deformity. Then, finally, we got an answer. It was simply a drainage problem. And the best part? I was told it would clear up by the time he hit a year.
For the most part there was improvement. There was even a month or so when I thought it was completely better. Then? It got worst. Every time he had a bottle, one eye would fill up with tears, swell and leave him with atleast one very droopy eye. 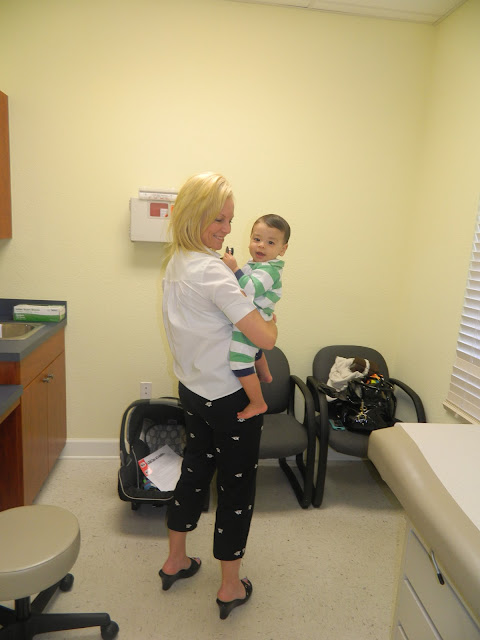 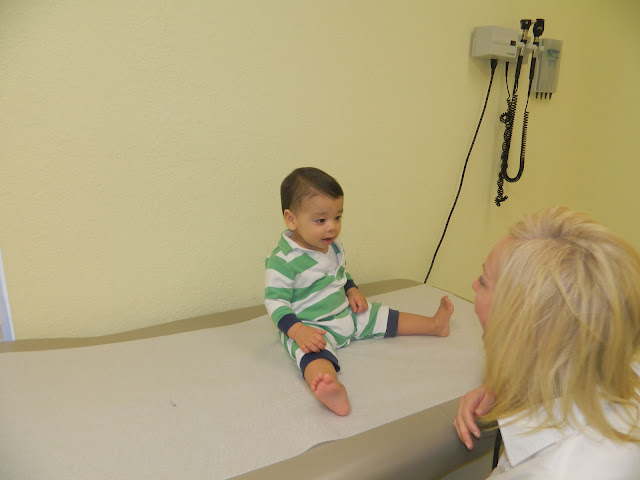 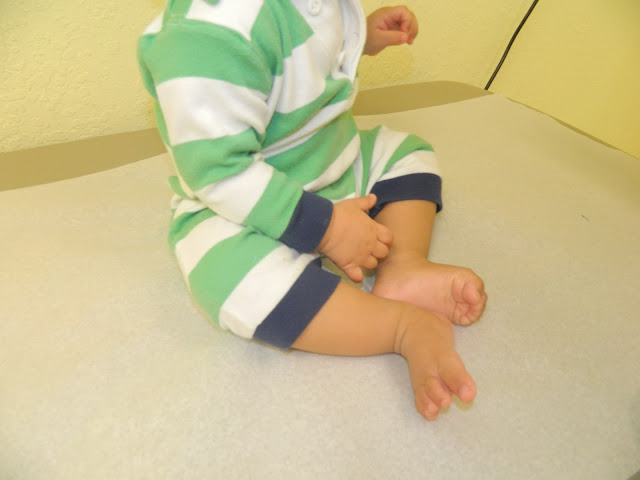 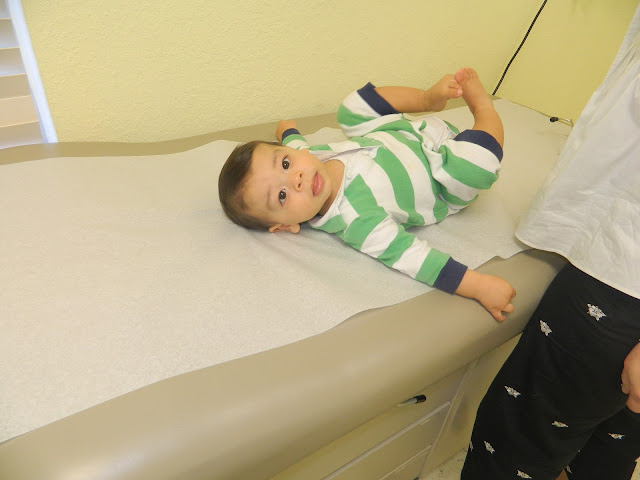 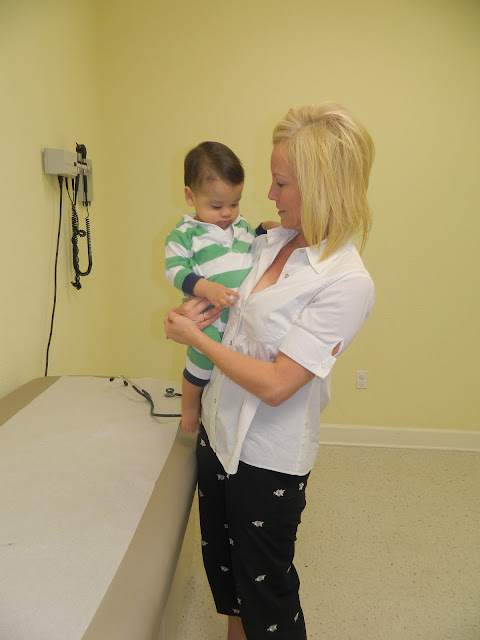 I can't tell you how much I hate seeing him like that. My baby with his big round eyes doesn't look like himself when this happens. He looks sad and tired. Back to his appointment.... in the second photo you can see Dr. S checking out his eyes. The decision has been made. We will be meeting with a specialist for his eyes next month and he will most likely have the procedure at a year old to unblock his tear duct(s).

I'm excited to be done with it and I'm also grateful. I know there are so many other things that can be wrong. So if this is all there is, yes I am grateful. But... naturally, as any parent would be, I'm a little worried too.
** don't forget to enter our $50 target gift card giveaway!
at 7:49 AM