Today as I was having a low moment I poured out my thoughts to my mother. About how overwhelmed I am. How tired I am. How scared I am with my weight and how terrified I am of feeling and looking the way I did after cruze was born. She told me that she wanted me to see a picture she took after I had cruze. While we were going through some of our hardest moments and while I was struggling with my appearance. It really brought me back... 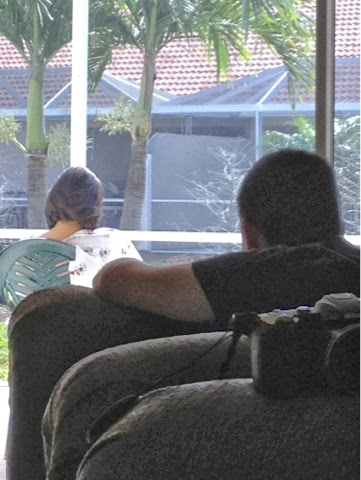 It's hard to remember certain details from those newborn days. Probably because my body and mind have blocked them out as a protection. It's partly also because they went by so fast, were so intense in good ways and bad that the two ends of the spectrum seemed to have mushed together. I have moments when I remember how easy and natural it felt. Our first night home seemed like such a breeze, until I remember those few moments that night where I couldn't feed my son and my arms were just so tired from delivery that I almost dropped him. That memory sometimes haunts me.

Although I do think that so much of those first few days and weeks were so so so much easier than what we thought they would be, they were hard. So hard that I remember crying over cruze and wishing that he could just be back inside of me. For his own protection. So he wouldn't have to feel hunger and pain. So I wouldn't have to look into mustard colored eyes from jaundice and hold such a limp body. It hurt so much to see him hurt. To be told that he was moments away from being re-admitted to the hospital. It was too much the take.

We didn't spend our first few days with him at home like most people have the privilege of doing. We spent them running from doctors offices to hospitals to labs for bloodwork. It was painful for a mom who just delivered a baby naturally (you get what I'm saying right?) to be on my feet while speed walking for almost 8 hours a day. It cut like a knife to see him struggle in so many ways. And the look in my husbands eyes of fear, distress - if I think too long about it, I could just fall apart all over again.

And then there is the stress that we as women often put on ourselves. That of perfection. The perfect home, the perfect body. It's not fair but we do it anyway. I struggled with my body issues. Hard core. It was such a low for me which is part of the reason why I am striving so hard to eat less and exercise more this time around. Yet somehow, I am gaining weight at a faster rate than I did last time and being told things like "let's do another ultrasound to make sure you're not having a gigantic baby". It's so out of my control - I'm finally realizing that. But it doesn't make it sting less. So much of those newborn days can be hard to live through but really, until I start going through all the details in my head, what I really remember are all of the joyful moments. The first smile, that first wiff of newborn scent, watching my two loves bond. Oh my heart just explodes with those memories that it's sometimes hard to think that it wasn't ALL butterflies and rainbows.

That picture my mother shared with me. It brought so much back. The good and the bad. But what she wanted me to see was that, while I remember looking so horrible after delivering my son, someone else saw something so different. My husband. He saw the mother of his child and the woman he fell in love with. My heart is so overwhelmed and so full now thinking about that. I have been blessed with so much. A sweet baby and a loving husband who never fails to see the good in me. And as hard as it may be, I can't wait for baby #2 to rock our world all over again.

This is one of several posts that never published over the past few weeks. I had no idea until last night that there was an issue. Whoops...
at 7:20 PM

Email ThisBlogThis!Share to TwitterShare to FacebookShare to Pinterest
Labels: Realness