This past saturday was a good one. A very lazy but great day. We spent the morning at home awaiting Daddy's pancakes while I browsed the web at the kitchen table for a little home project inspiration. Cruze sat beside me in his highchair watching baby einsteins and was beyond thrilled learning about his animals. And then we spent some cuddle time on the couch before we ate. 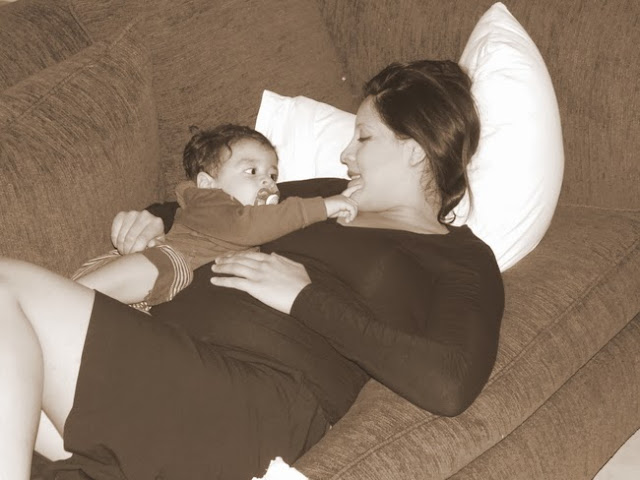 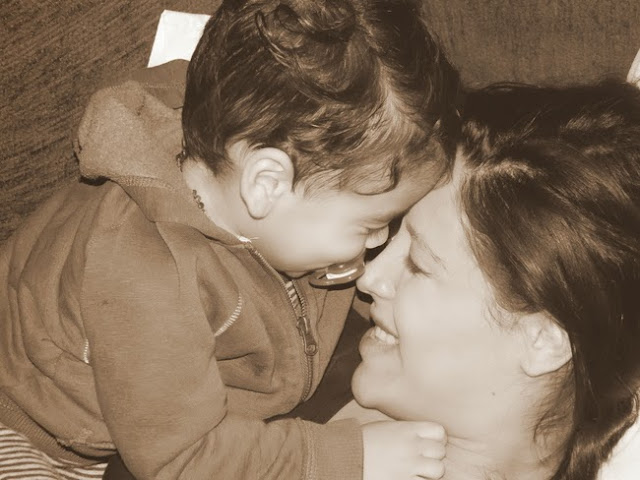 Phillip has really taken on a lot of tasks lately since I'm supposed to be off my feet. I have a tendency to feel a bit guilty but he reminds me often that he doesn't mind and that he actually likes to do it. So I indulged in those moments of just sitting and doing pretty much nothing.
After Cruze's nap, we ate a quick lunch of (homemade) almond butter and jelly and headed out. I bought some things for my hospital bag - which I am BEYOND excited about. For some reason, I'm giving much more thought to what goes into my bag this time. I guess you can say, I learned a few lessons from the first time.
We ate disgustingly fattening, greasy food and (surprisingly) I felt okay about it. Took some pictures as proof that sometimes I actually do leave my house looking like a hott mess. I felt okay about that too. I even wore flats which I normally hate to do. Go me, being all practical and whatnot ;) 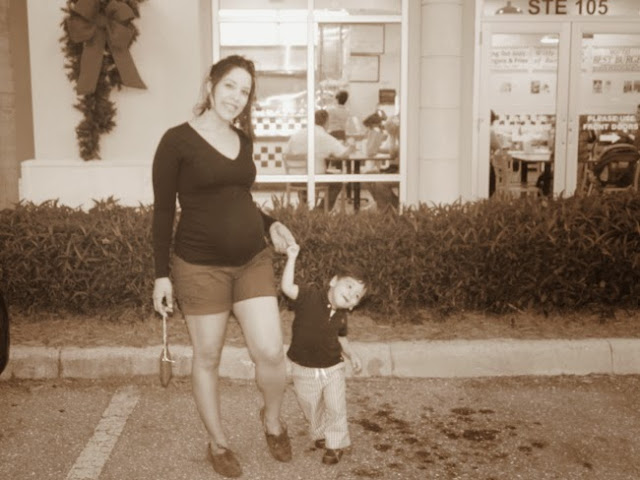 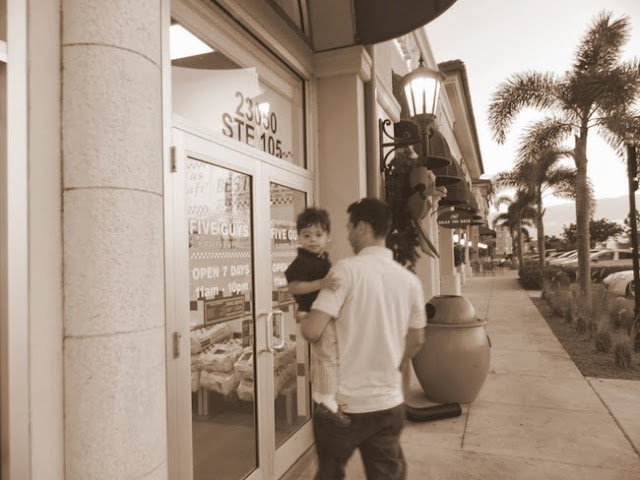 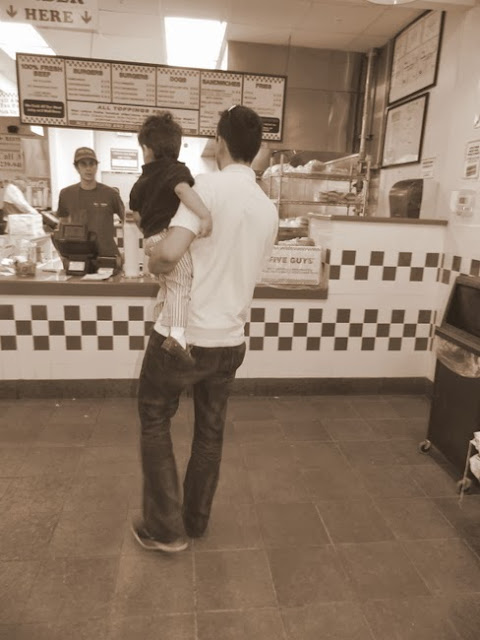 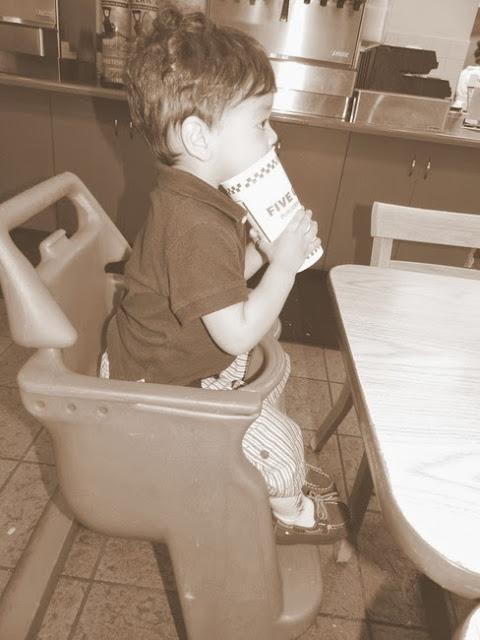 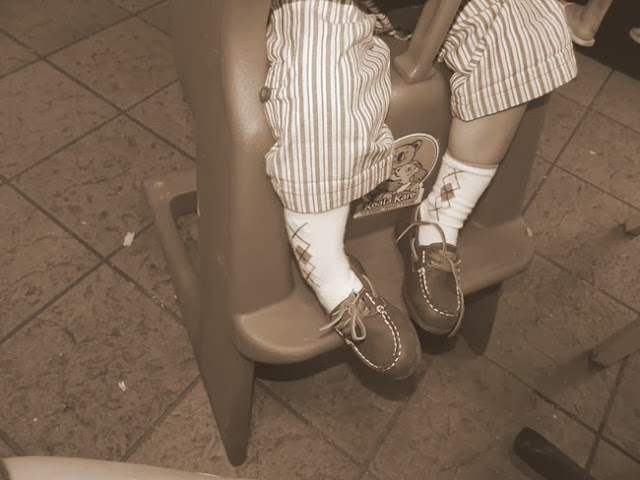 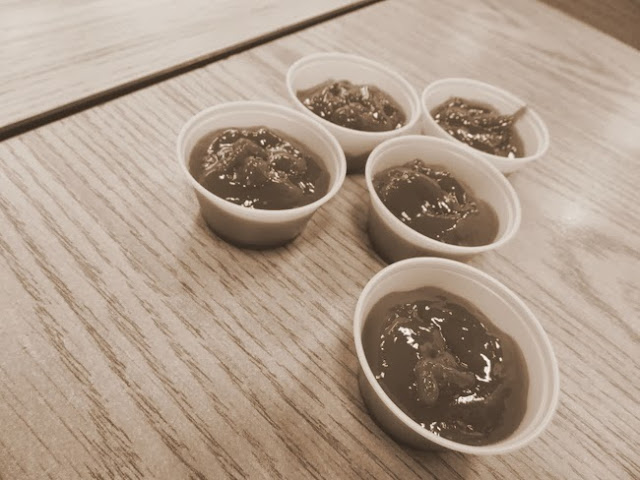 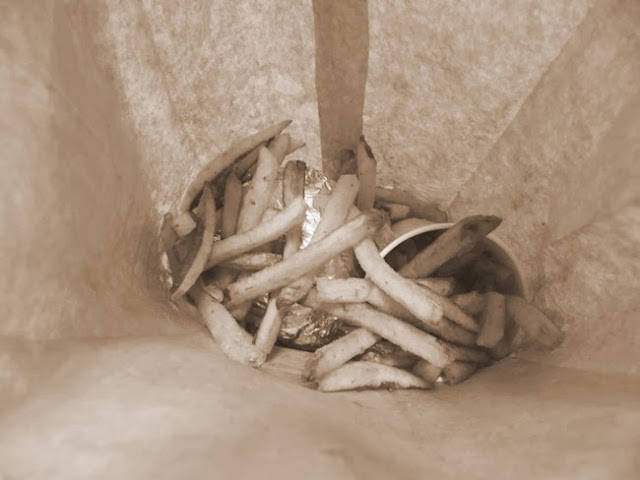 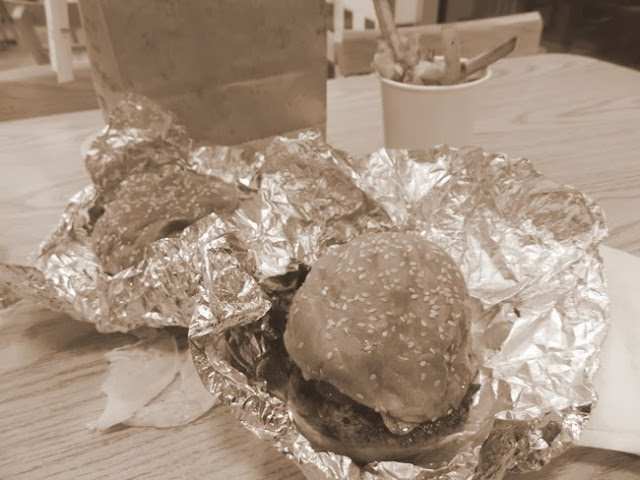 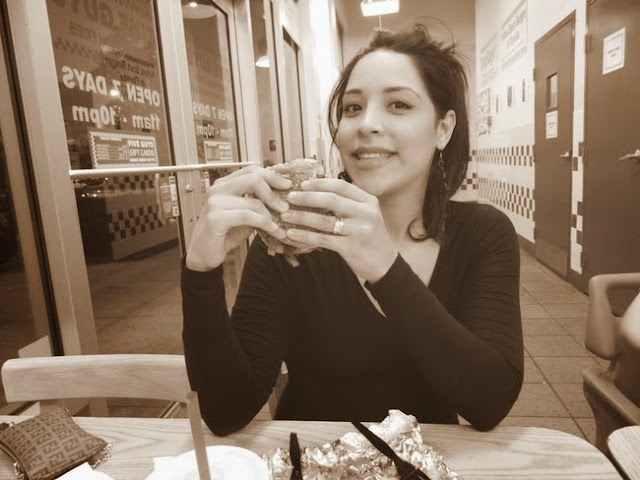 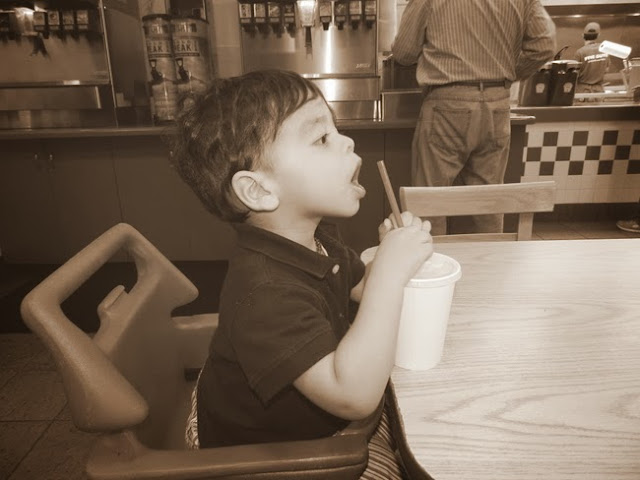 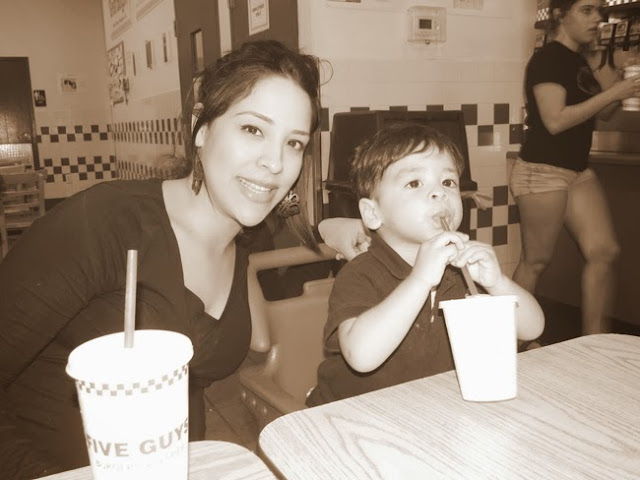 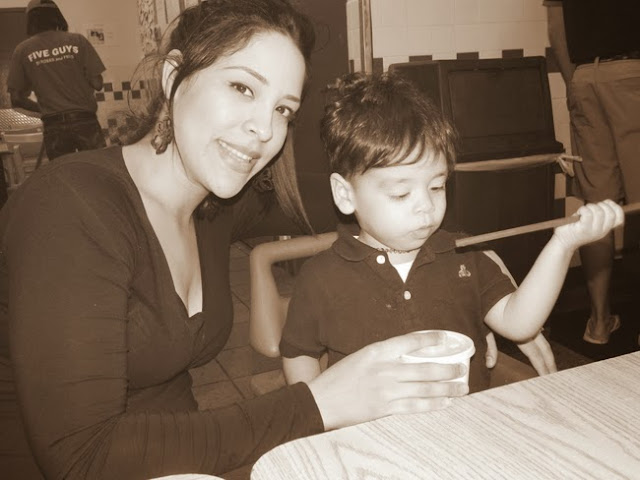 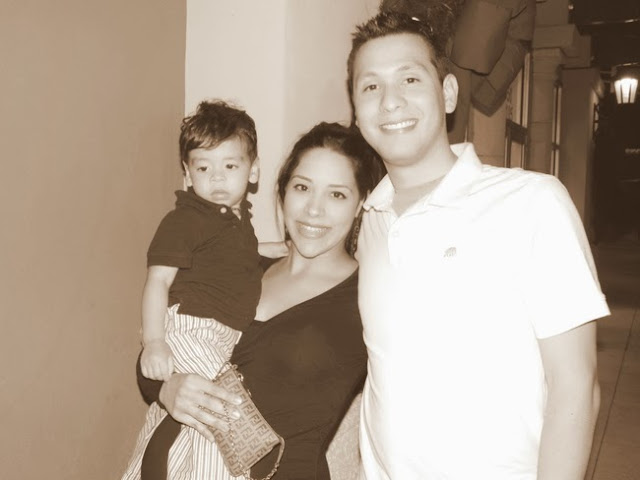 As Phillip was about to take a picture of me and Cruze, a man who was probably in his late 50's offered to take one of the three of us. It was so sweet and we of course said 'yes'. After taking the picture, with a little twinkle in his eyes he said, "just so you know ::pointing to a man standing by his car:: my boy was once the same size as yours" And in typical Eliza fashion, I teared up thinking about what must be going through this man's head. I think that moment will stay with me forever. 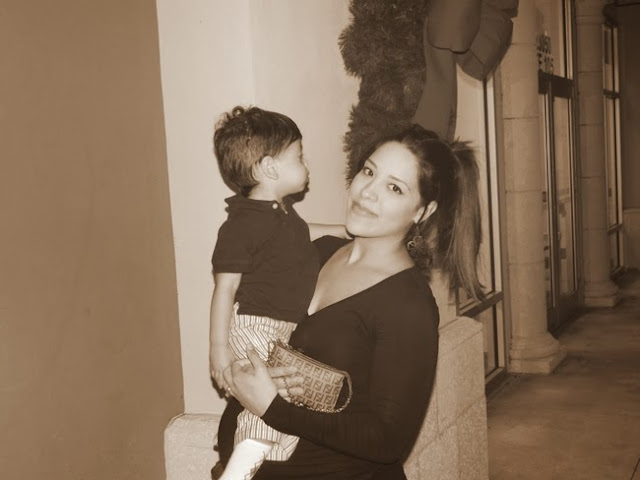 We hit up another store and then headed home and cuddled on the couch to watch Fast and Furious 6. I'm more of a romantic comedy girl but I enjoyed watching this movie with my hubby.
Sometimes lazy days are just the best, aren't they?

Email ThisBlogThis!Share to TwitterShare to FacebookShare to Pinterest
Labels: life